IRobert Sherman about “Music and Memories”
Source: http://nadiareisenberg-clararockmore.org/march-2020/
It’s been in the works for nearly two years, so the Big News for 2020 is that Roméo Records has released an extraordinary two-CD set of Clara Rockmore’s “Music and Memories.” Here you’ll find a treasury of never-before-released broadcast interviews, home recordings and 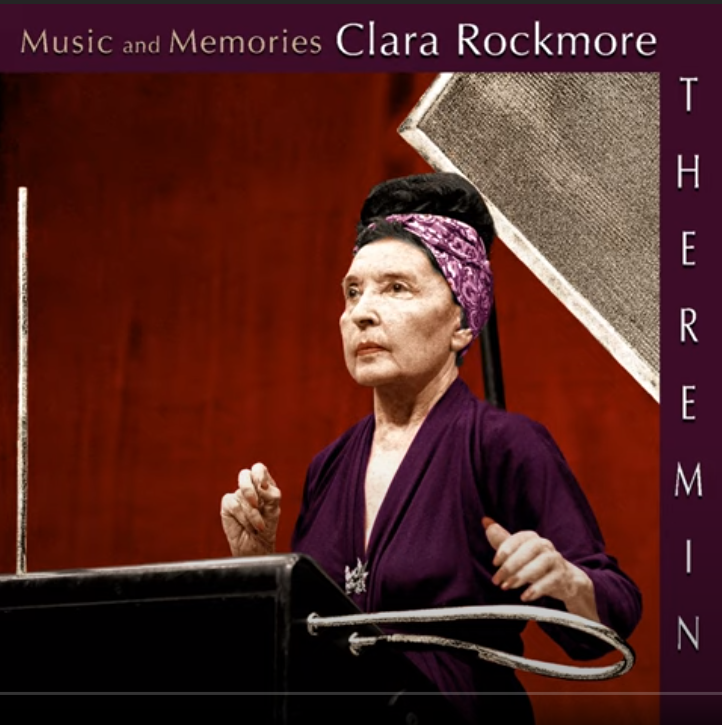 performances recorded (in stereo) at her final concert appearance, greatly expanding her available theremin repertoire and providing in-person evidence of her joyful spirit.

Ron Mannarino, founding-director of Roméo, tells me that since the earlier “Music In and On the Air” album was released in 2011, excerpts (most especially Saint-Saëns’ “The Swan”) have been downloaded an incredible 1,700,000 times. Haven’t done the math myself, but Ron assures me this works out to something between 3 and 5,000 streams a week.

You can stream particular tracks from the new two-CD anthology as well, but it may be difficult to choose, say, between Clara’s experimental double-tracked performance of two Glinka songs, and the entire Franck Sonata with (her celebrated sister) pianist Nadia Reisenberg

Then there’s Clara’s demonstration of the theremin’s capabilities for an astonished John Corigliano, and her exuberant memories of Vilna (now Vilnius) shared with Alexander Schneider, in the course of which we learn that Clara sang Kurt Weill in French, and the famed violinist-conductor explains why he’s not really Alexander or Schneider. There’s more too, Clara on the telephone with radio host David Garland, at WQXR with the inventor of her instrument,  Leon Theremin, and giving her final public performances at Merkin Hall